The Forests Are Old With Grief

by World Untouched By Mankind 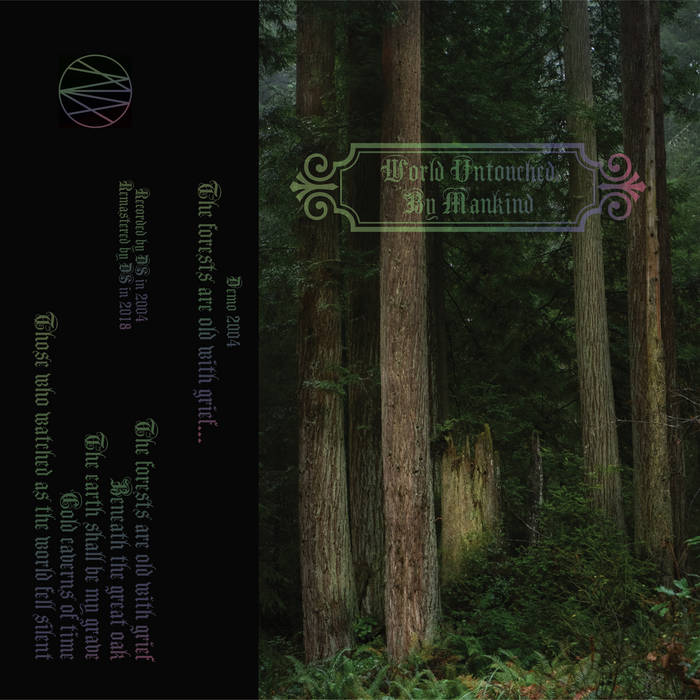 Can This Even Be Called Music?

“The Forests Are Old With Grief” is a brooding, sorrowful work of dark ambient dungeon synth conceived by sole creative force Night, also known for conjuring the hazy ambient black metal of Procer Veneficus. These five meditations absorb the listener in a vast darkness that could best be described as dissolving into a fog-laden forest at the Pacific coast in the dead of night. Contemplative, mystic, and sad, The Forests Are Old With Grief calls to mind the wide open drones of religious music just as well as it does the most hallowed progenitors of the dungeon synth genre.
Originally recorded over a decade ago (simultaneous with Procer Veneficus’ “Of Starfire and Blackshadows Crawling”), World Untouched By Mankind remained veiled and unheard until it was entirely remastered this year specifically for this special release.

“You’re swimming in a murk, unaware of your surroundings but not panicked or frightened. Instead, you’re calm and curious, as you make your way through inky waters and later into the mouth of a forest. This is an adventure, and there may be danger. But you keep on. You have to know what’s next.”
- MEAT MEAD METAL

"This is a release all about beautiful darkness. Close your eyes and you’ll see a centuries old forest, deep and unaffected by mankind. It’s silent except for the crunch of dead leaves and branches that litter the mossy floor. The sun occasionally breaks through the thickness making you appreciate the warmth."
-GAMES, BRAINS AND A HEADBANGING LIFE

"The theme is nature, its immaculate beauty and sinister strength, and means of expression are synthesized sounds that perfectly match the style of dungeon synth / dark ambient...Oh, we are dreaming about these compositions, but they are dreaming in a way that allows them to float away."
-KVLT.PL

“In my opinion World Untouched By Mankind are a very great sounding mixture of dark ambient and dungeon synth and if you are a fan of those musical genres, you should check out this solo project.”
-DARK UNDERGROUND MUSIC ZINE