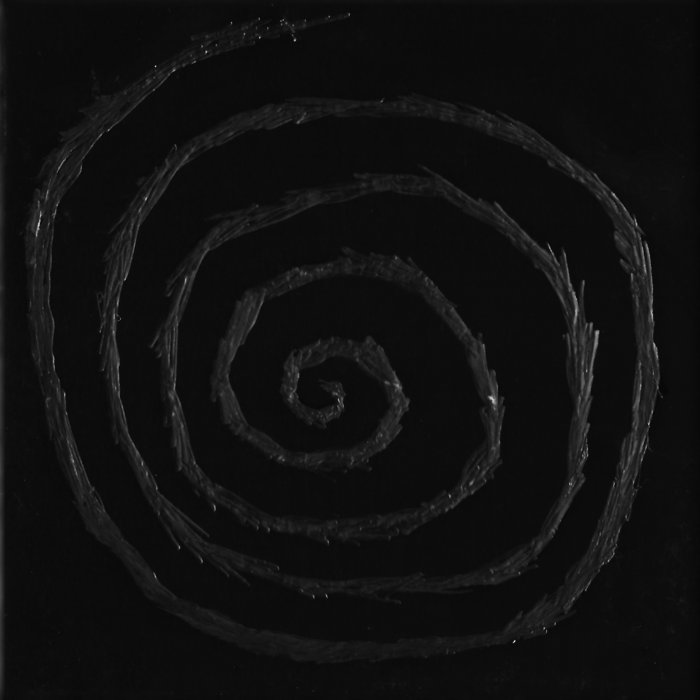 Jonah of The Knife

Can This Even Be Called Music?

Spirals is an entheogenic rhythmic deep-drone effusion in 4 movements, each running for 10 minutes.

Someone once described Spirals as “Alien Sex Music;” some kind of spiritual sacrament to a vast, unknowable other that doesn’t forgo the carnality of such things. We’re inclined to agree.

Pacific Threnodies is offering an extremely limited edition of 50 silver-on-black pro-tapes in 4”x4” black cases individually hand-burned with the symbol of the spiral. Due to the nature of this etching process, your copy may differ wildly from the one pictured.

An undisclosed number of preorders will also include the original Spirals 3” CD in hand-stitched paper sleeve - “as supplies last.”

Recommended for listeners of Lycia, Der Blutharsch and the Infinite Church of the Leading Hand, Circle, Lichens, Om, etc.

"...This is a surprisingly immersive album, one you can easily lose yourself in and let your mind wander. "
-MERCHANTS OF AIR

"A complete emotional void, the long-shelved self-titled Spirals album mires itself in the blackest, most minimal krautrock — something soothing and hypnotic, but with an unsettling, depersonalizing undercurrent." - INVISIBLE ORANGES